She Stoops to Conquer 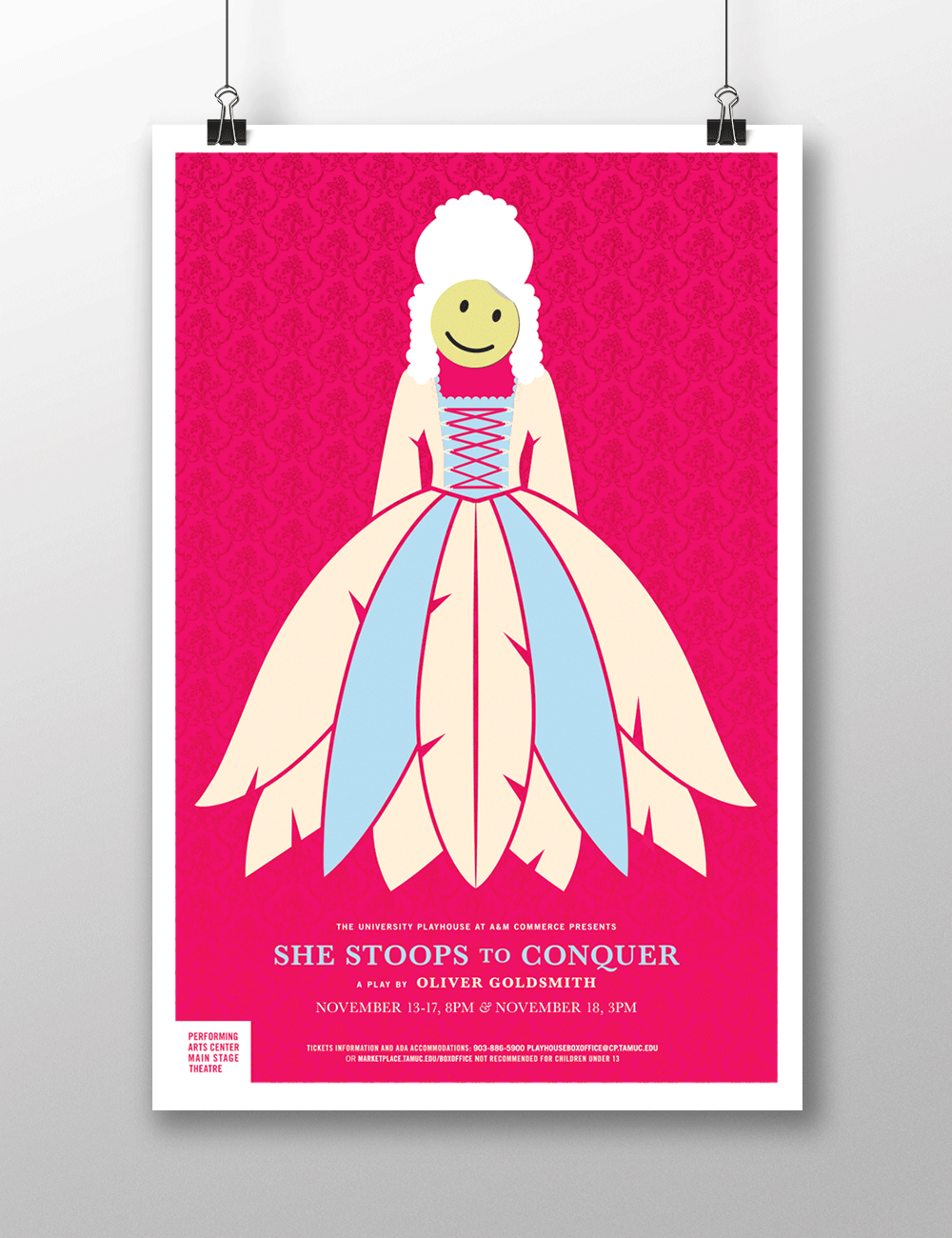 The Department of Theatre at A&M Commerce asked me to design posters for the 2018/2019 season of productions. This is the solution for the second of the four productions in the season.

Mr. Hardcastle plans to marry his forthright daughter Kate to the bashful son of his friend, Sir Charles Marlow. Mrs. Hardcastle wants her recalcitrant son, Tony Lumpkin, to marry her ward, Constance Neville, who is in love with Marlow’s friend, Hastings. Humorous mishaps occur when Tony dupes Marlow and Hastings into believing that Mr. Hardcastle’s home is an inn. By posing as a servant, Kate wins the heart of Marlow, who is uncomfortable in the company of wellborn women but is flirtatious with barmaids. Through various deceptions, Tony releases himself from his mother’s clutches and unites Constance with Hastings.

Produced and published in 1773, this Comedy of Manners is a lighthearted farce that both mocks the upper class of the Restoration and derives its charm from the misunderstandings that entangle the well-drawn characters.