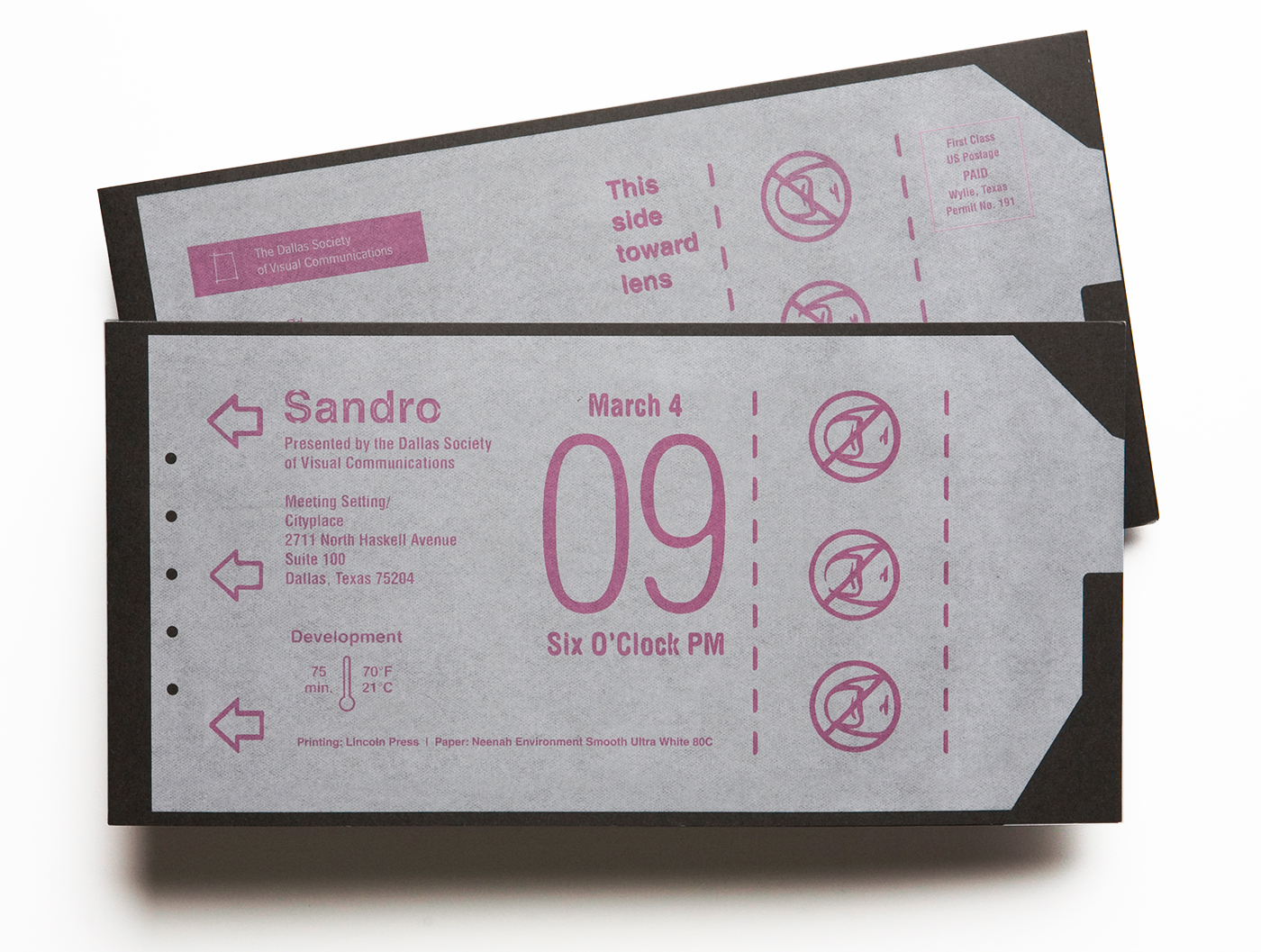 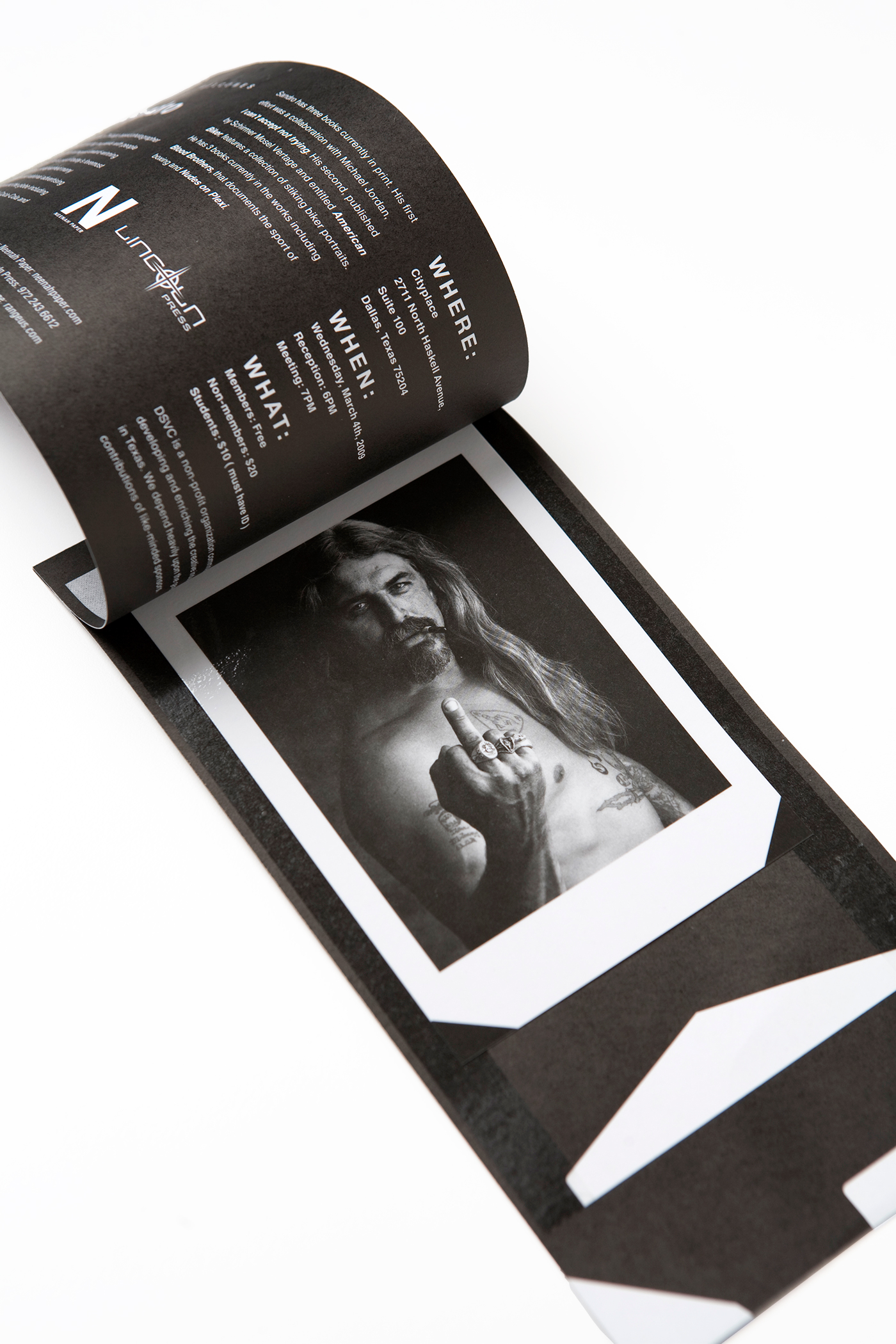 This invitation was created to announce the DSVC March 2009 meeting speaker Sandro Miller. Sandro Miller has been voted one of the top 200 advertising photographers in the world. Aside of his commercial work, he was known to shoot his personal work using traditional photography methods including film and polaroids. The piece invites interaction to reveal the meeting details paired with one of Mr. Miller’s most famous images.—

—Created while employed as a Senior Designer at Range.